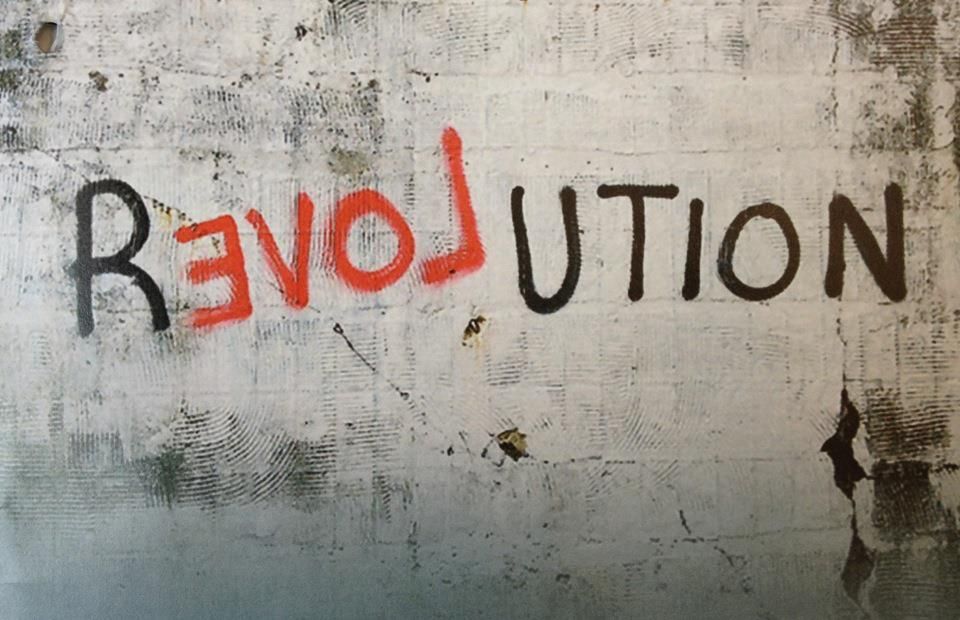 At a time when things can feel loveless both in the world in our organisations, I am asking whether love could or should have a role to play in leadership.

At the back end of 2018, exploring leadership and love, I did a piece of research. I started with: ‘although my initial research tells me this is a difficult question to answer, nevertheless, how would you define love at work?’

I chose not to offer a definition, like some surveys might. This was intentional. I wanted people to think about this for themselves.

And maybe to no one’s surprise, a key theme from the research was that love is acceptance. Love was about really seeing and accepting people for who they are, warts and all, no matter what.

‘No matter what’. That’s a huge ask. So much so that it can feel radical, in practice.

A couple of places might get us started on this theme…

From humanistic therapeutic approaches comes Carl Rogers’ attitude of ‘unconditional positive regard’. This has the underpinning assumption that people are inherently good and trying to do their best and that we should actively facilitate a climate where everyone is able to flourish. If healing occurs within Roger’s humanistic therapeutic space, then it’s mostly because of the attitude of unconditional positive regards that the therapist has for the individual which includes empathy, acceptance and genuineness. This feels like love to me.

The question for me, then, is can this be a helpful attitude for leaders? Could we and should we cultivate this in our leadership and in our organisational culture?

Sure, the workplace is not a therapeutic space. And the leader’s role is not to heal. But it’s a cop out, to say it has no relevance for leaders. Don’t we each want to be accepted for who we are as a person, regardless of what we say or do? Isn’t that a core human need? And where there are needs, there must also be responsibilities. And therefore a human responsibility to do our best to offer it to others. Including as a leader, no? Why wouldn’t the responsibility that we might feel in other relationships also extend to when we are with human beings in our workplace?

If, as it’s widely believed, we are hardwired for love and connection, surely it doesn’t make sense for us to be starved of that while we’re at work for 8-12 hours a day?

And Rogers wasn’t idealistic. He didn’t expect therapists to exhibit this all the time …it wasn’t all or nothing, and it probably occurred at some times and not others, he said. True for most people I think, and certainly true for me. I have to actively choose that attitude, I don’t think it comes naturally.

But it’s developable. Just as a trainee counsellor in person-centred counselling might ask ‘but what can I do to try to develop greater unconditional positive regard for my clients’, isn’t that also a good question for those of us responsible for managing and leading people?

Then the work of John Heron, and his transpersonal approaches, whose model of facilitation is the core approach I draw on when running advanced facilitation programmes. In The Complete Facilitator’s Handbook, he identifies 18 different modes and dimensions of facilitating, one of which is ‘Valuing’. This means creating a climate within a group so that people feel affirmed and valued and respected. It means acknowledging and showing appreciation for people’s comments and contributions. It means to ‘validate or confirm the worth of the client’s person, qualities, attitudes or actions’. This deep valuing of someone feels like love to me.

And of all his 18 different dimensions, Heron says that Valuing is the most important — and that learning, action, group development etc can’t take place without it as it sets up a culture of trust where there is less fear. We can only grow and change where there is no fear. And again, like Rogers, he considers the ‘personhood’ of those we are working with – seeing them as fully human and not a unit of production or their job title.

The leap to leadership from facilitation isn’t a big stretch. ‘Leader-as-facilitator’ is an increasingly accepted contemporary approach to leading in a less hierarchical and a more democratic working world. Yet in my practice, I see that leaders often hold back from offering positive feedback about parts of a job done well. And they definitely hold back from offering a positive acknowledgement of something they really appreciate in how a person shows up, or an aspect of who they are as a person. Leaders who can do that are very rare, in my experience.

I have met many a leader who, when introduced to the principles of Appreciative Inquiry, for example, as a tool for creating change in their organisation suddenly sees clearly (and sometimes with a shock) that, in their own lives they rarely if ever give praise, say thank you, or verbally point out when someone does something well. Even at home or with friends.

The therapist Irvin Yalom is curious about those times when we see something nice in someone and yet say nothing, when we withhold praise or acknowledgement … even when we know ourselves how wonderful it is to feel ‘seen’ by someone. To offer something that values and affirms the other person; that’s loving. To withhold is unloving.

And so, for leaders …isn’t it the case that when people feel valued and appreciated then they’ll give of their best? That people are at their best when they feel accepted for all of who they are? And that we all want to work somewhere where we can be genuine?

In both of these approaches, there’s not just acceptance but ‘radical acceptance’, a term that has its origins in Buddhist teachings and encourage us to welcome absolutely everything, no matter what, even the parts of us that we don’t like and that we can shame ourselves for having. To accept what is, and not hold out for what should be both in ourselves and also in others and in what life brings us. This level of acceptance feels like love to me. But wow, that’s a big ask, isn’t it?

And maybe especially tricky for leaders when organisations are predicated on a version of performance that’s all about what someone — a CEO, a leadership team — thinks should be. Difficult when a performance management framework is built around pre determined standards of what’s acceptable and what’s not. Not easy when organisations seek to mould us into who they need us to be.

So, too much of an ask for most of us? Maybe. But maybe it’s within our grasp if we choose it to be. If we can conceive of love as a choice, as something intentional that can be developed and grown.

I’ve been hugely inspired by the work of Deeyah Khan, whose documentary film making with right wing extremists lead her to be resoundingly clear that ‘there is ALWAYS a human being behind the behaviour’ and that even the most appalling act of violence is only a (distorted) way to deal with our feelings of powerlessness, loss or shame. Also the activist Valarie Kaur who calls for us to work harder to find ways to love our opponents and those who have harmed us. These are modern day ‘warrior saints’ but whose ways of being are within reach of each of us, should we so choose, should we be courageous enough.

So there’s a difference between how we treat or manage behaviour and how we consider the person. How we need to separate the doing from the being. Is that possible in leadership? Can we accept the person and not the behaviour? Can we stay in connection to someone while also telling them something is not ok?

And I know for me, in my own work, I more readily come to see that the reason someone behaves a certain way in a team, say, or when under pressure at work is so often because of their story or history. It may not excuse the behaviour, but it does usually explain it. Are we big enough to accept the person and not the behaviour? Don’t they offer this phrase to parents (I’m not one) …’I love you but I don’t like what you just did’. What’s the leadership version of that I wonder?

In practice, for leaders (and all of us)…

I’m thinking out loud as I write and what comes to mind right now is:

· As the poet David Whyte might encourage us to do, ‘start close in’. What’s the most radical act of self acceptance you need to consider? What are the parts of you that you don’t love? Can you talk to yourself more from your inner coach than from your inner critic?

· My dad used to say to me ‘if you can’t say anything kind, don’t say anything at all’. Can you find a way to say something appreciative, affirming and valuing to at least one person today? How does it feel to hold back from something that has a critical edge to it?

Radical acceptance is a huge ask of leaders, that’s for sure. But it also feels like a deeply worthwhile effort.

You can find more about this work via my website, or on Twitter using @helenaclayton.  And I also have a new monthly-ish Newsletter exploring similar themes and you can subscribe here.