Helena Clayton | Self love and our inner critic
1758
post-template-default,single,single-post,postid-1758,single-format-standard,ajax_updown_fade,page_not_loaded,

Self love and our inner critic 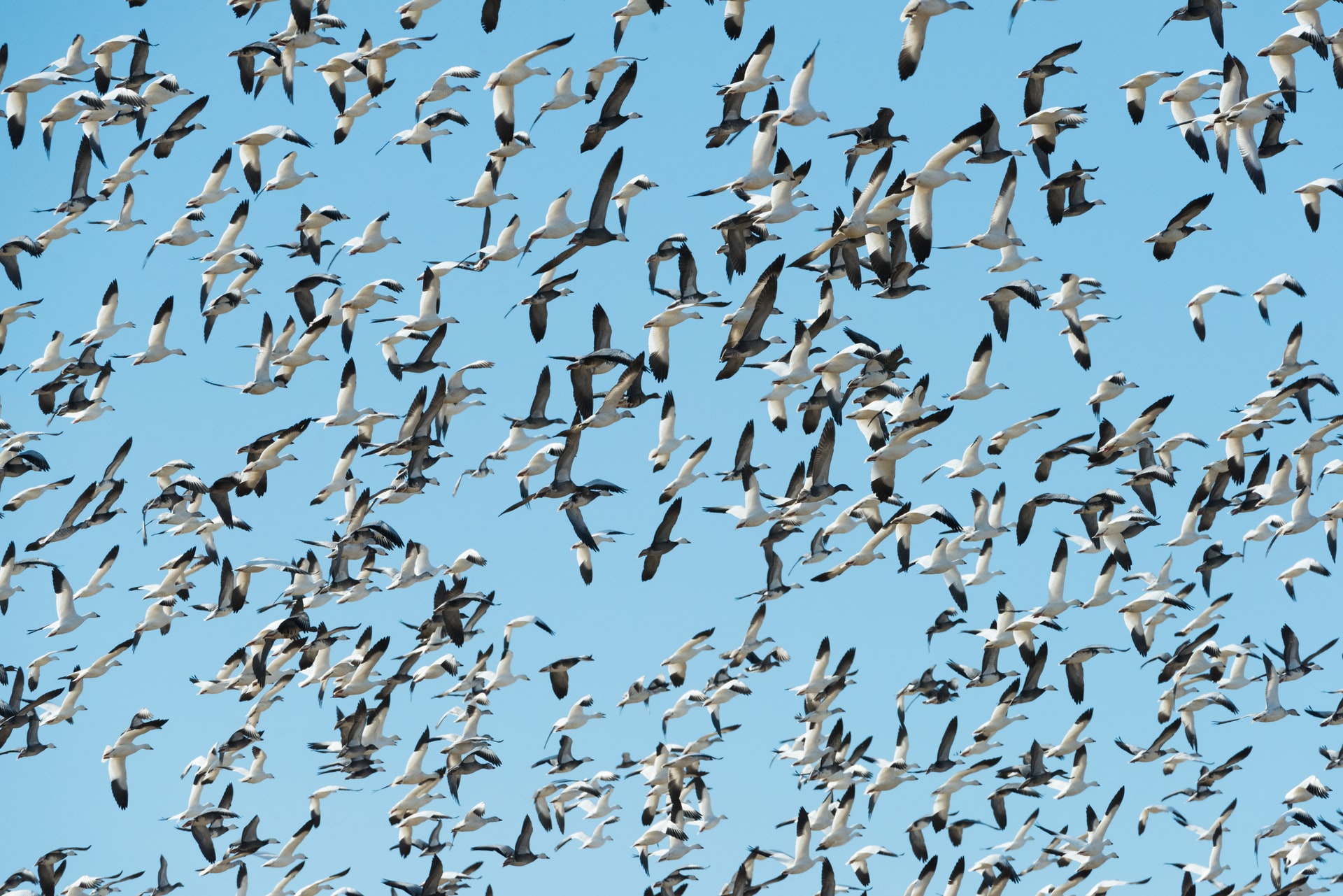 I’ve been doing a fair bit of coaching with people on their ‘inner critic’ recently.  That work has prompted me to write this post and talk about self love. An interesting term to explore because when I began writing about love in organisations most people wanted me to water the language down. They preferred words like kindness and compassion to love. There was a nervousness.

And if you haven’t already read my Love and Leadership report  – if only to read the Steve Coogan quote on this 🙂 – you can find that here.

I sense a similar reaction to self-love, an allergic recoil from the term.

Even the term self-care, a well used phrase these days, can trigger a similar response.  It can be seen as a byword for self-indulgence and pampering, with the accusation that it’s only about jade eggs and sound baths, and is the preserve of the privileged and maybe of women.

But self self-care can be defined as any activity that we do deliberately in order to look after our mental, emotional, and physical health – the things that we put in place for ourselves to stay well, healthy and sane.  It’s an individual act of protection, of self preservation.

And self-care can also be seen as a radical act, a political one. Self-care, it’s argued, has its roots in the feminist, civil rights and now the Black Lives Matter movements. It is how marginalised people have survived because when you feel you don’t matter, then self-care becomes an urgent necessity.

But self-care is an ecology, it’s a constellation of things that we need to attend to and put in place stay well.

One aspect of this constellation belongs to the inner work that’s required to look after ourselves, and self-love is part of that. Self-love is an inside job and made up of many things but we can start by looking at the way we talk to ourselves which is perhaps the thing that influences us most in our daily life.

Most people recognise they have an inner voice. An internal narrative that is constantly playing sometimes so gently in the background that we forget it’s on and other times with the volume up so loud we can hardly hear anything else. Sometimes it just chunters away commenting on absolutely everything:

‘ooh, eggs for lunch, I like eggs. But I already had eggs today, I shouldn’t have more. Hey who cares, go on have some. But they look too runny, who the hell cooks eggs like that. Hey, don’t be so critical. Oh bugger I forgot to buy loo roll today …’

Annoying. Like a roommate that you just can’t escape from and who has some very odd ways of seeing things … but liveable with.

But other times it’s less benign, and within the general muttering and background noise there is a particular voice that dominates. The voice of our inner critic.

Like many, the psychotherapist Adam Phillips names this voice as a form of conscience. It’s there for a purpose, in some ways, and it’s helpful to see what it says as an essential part of understanding ourselves, working out what shapes and drives us, and what matters to us.  In shadow work, it’s sometimes part of our Risk Manager, an aspect of our self that wants to keep us safe.

But it’s difficult to do that, really work out what it’s saying. It takes courage and commitment. Because the voice of our inner critic is always diminishing us, ‘is a relentless fault finder, merciless and unsympathetic, cruel and accusing, providing a character assassination whereby we continually, if unconsciously mutilate and deform our own character.’ And so who would want to voluntarily dial that up?

This voice is so relenting and has been with us for so long that we have no idea who we would be without it. As a roommate, it’s always been hanging around, we are so used to it we barely hear it. But it shapes so much of our actions and behaviours.

For so many of us our internal narrative, for SO many of our waking hours, is made up of things like these:

…you’re not good enough – you don’t belong here – if they knew what you were really like they wouldn’t like you – you did a rubbish job of that – you’ll never be as good as x – you don’t deserve to be happy – you’re fat – why can’t you be quiet – people don’t like you really – you’re a bad person – that won’t work – you can’t do that – it’ll all go wrong, it always does – you idiot …

What does your inner critic say to you? Can you separate out the voice so you can clearly hear what it’s saying? Maybe from that list there are one or two that you recognise and that you hear time and time again. All too familiar. A stuck record. Totally unimaginative. The same thing over and over.

I’ve written before about love as ‘radical acceptance’ and this is a form of that – being able to look at the reality of what we are living with every day and see just how vile and accusing those messages are. It takes courage to do this, to be painfully honest with ourselves about the voices in our head.

Because this voice claims to know us in a way that no one else does, including ourselves. It has an authoritative presence that we believe and it’s convincing and we allow ourselves to be taken in by its propaganda. ‘Nothing makes us more suspicious or appalled or even mildly amused’ says Phillips ‘than the suggestion that we should drop all this relentless criticism, that we should be less impressed by it and start really loving ourselves’.

See, developing love for our self … there’s the recoil that I mentioned at the start of this piece.

And in fact we are often so terrified of that voice that we don’t tell anyone we have it. I remember running a programme once and telling a group about all the negative message I gave myself, showing them how the ‘shitty committee’ sounded in my head, if I let it. And one person started crying. She thought she was the only person who had such a punishing voice in her head. She thought it meant there was something wrong with her and couldn’t quite believe that I had one, and most other people did too.

It’s this that makes self love so radical. Phillips’ notion that we might start loving ourselves. The laughable idea that the voice and what it says might be wrong. And – arguably more radical than just dialling up the critic to hear what it says – that we might be able to identify, craft, listen to and allow ourselves to be shaped by a different voice – a voice of self love and not self loathing.

Steven Covey, in his ‘7 Habits’ says that ‘the greatest need of a human is to be understood, to be affirmed, to be valued, to be appreciated’. John Heron, pioneer of the Human Potential movement, says that what matters most for people is that we are affirmed and valued. This means acknowledging and showing appreciation for people’s contributions and also validating and confirming the worth of the client’s person, qualities and attitudes’. And finally from Chapman and White’s The 5 Languages of Appreciation is the belief that ‘there may be nothing more precious than the feeling that we truly matter’.

These suggest we need to hear words of appreciation, affirmation, care and love from others, and we do, of course. But sometimes we don’t get words of love from others. Some of us have never heard them. And so, if we want to receive the benefit, we need to intentionally find ways to provide those messages for ourselves, from ourselves. This is the self in self-love.

When I coach people around their inner critic it’s often quite a moment when they see clearly how mean and vindictive and one dimensional their self talk can be. But it’s sometimes equally shocking to them when I introduce the possibility of developing or dialling up a counter-balancing voice. A voice that is loving and gentle, nurturing and compassionate, understanding and forgiving … of them, their choices, their personality.

And yet. And yet, when the idea sinks in, that they really are allowed to discover or create and pay attention to and be guided by such a voice…wow, you can really feel something shift. Sometimes they laugh. Sometimes they say that it feels like a weight has been taken off their shoulders. Sometimes there are tears.

And when we start to work together on identifying what they need that voice to say to them… then things really happen. When we start to identify a very specific, individualised and bespoke set of positive and affirming messages that represent the loving messages that they know they need to hear … a voice that sees the best in us, that lets us off the hook and encourages us to stop self-flagellating … a kind voice that tells us we’re doing just fine, or that ‘you’ve got this’… a voice to say ‘don’t be so hard on yourself, you couldn’t have seen that coming’… or simply ‘I love you’…

I know for me, finding my own bespoke form of words to soothe me and encourage me has been a vital act of self-care and self-love. And it’s the bespoke bit that matters. When I asked a coaching client the other day what did she most long to hear from such a voice, she knew straight away. ‘You’re doing really well’, she said with tears in her eyes. She then went on to explain that no one in her family had ever said that to her and she needed to hear those words now. We went on to explore how she might do that for herself …

Self love as radical

So self-love is a radical act. The word radical originates in ‘root’ and has always tended to mean ‘fundamental or ‘core’. I can’t think of anything more core than self love. But radical has also come to mean ‘challenging orthodoxy’ and in a world whose orthodoxy can be harsh and fault-finding, self-love is where we can begin to change that.

It’s also an act of defiance to stand up to our internal critic and say ‘I won’t be defined by you’ and to know that small but radical, potent and significant act of self love is also contributing to all our other efforts to stand up against any voice that oppresses us – and helps us build a foundation of love.

Enrolment for Cohort 2 of Leading from Love is now open.  Both exploratory and practical, it’s designed for a small group of leaders to explore what their leadership might look like with love at its heart, you can find details and book your place here.  We begin on 22 January 2021 and there are just 12 places available.